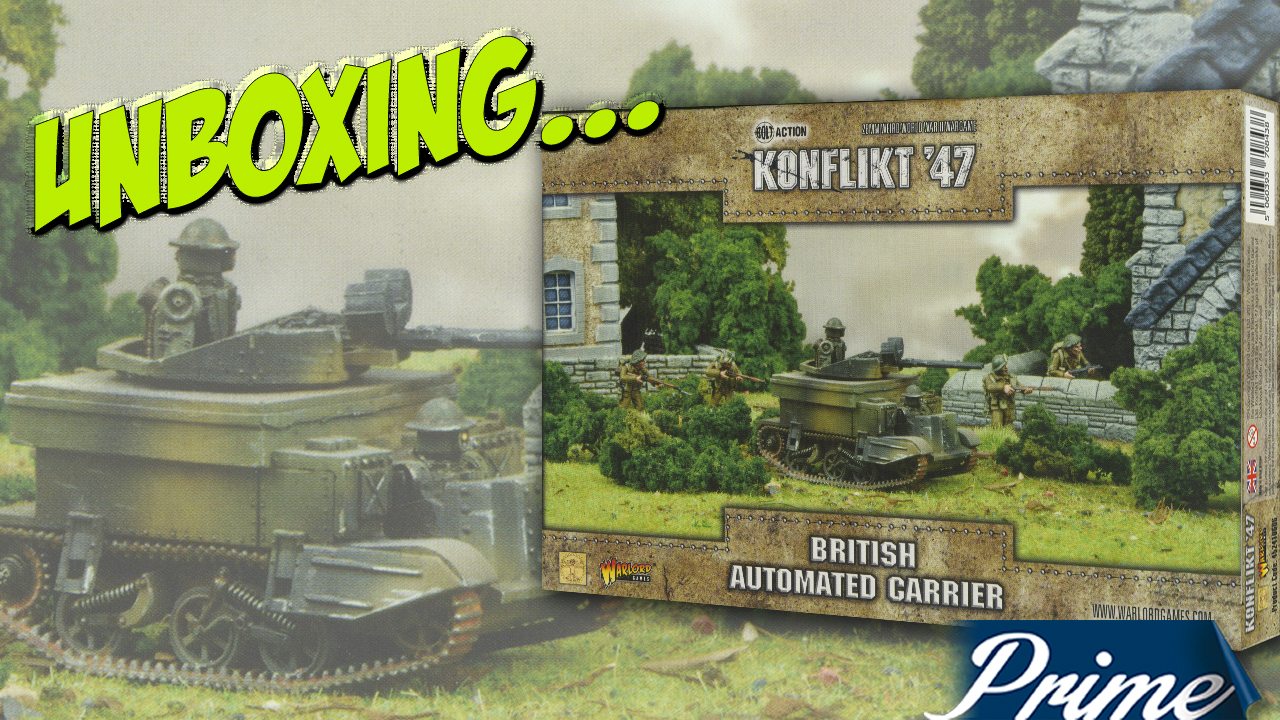 Warlord Games and Clockwork Goblin continue to work together to expand the range of troop types and weaponry for use with the Konflikt ’47 Weird War Two rules. Their latest offering is designed to aid the British forces in their struggles.

The basic idea here is that the British have taken the Universal Carrier and added elements from their Automated Infantry to produce a lightly armoured vehicle that packs a punch.

The kit itself is simply the standard Warlord Games British Universal carrier in plastic, with two frames in the box. This married up with various metal parts to produce the Konflikt ’47 variant.

The metal parts inside the ziplock bag include a replacement front section with a built in AI body and a separate head for the driver. For the gunner, we have a metal base plate which covers the passenger section, with a recess to take an open turret. Placed into the turret is a twin, Bofors gun-like autocannon with a double drum magazine, plus a gunner figure which is the top half of an Automated Infantryman with separate arms.

This is a simple kit to build and paint, and a useful, very ‘British’ looking, addition to the Konflikt ’47 arsenal.