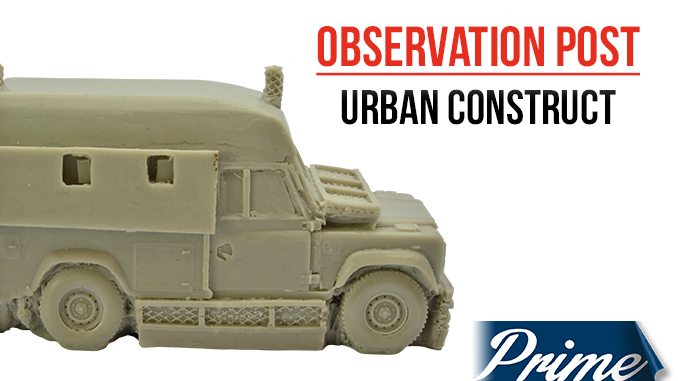 Urban Construct have produced a resin version of an iconic vehicle, used by the British Army and the Royal Ulster Constabulary during the Troubles in Northern Ireland. Known as the ‘Tangi’, the Landrover was in use for a number of years for riot control and protection of police officers in dangerous environments. 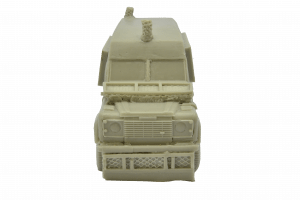 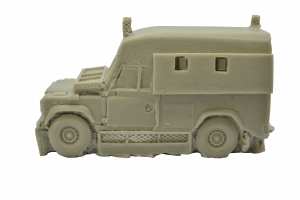 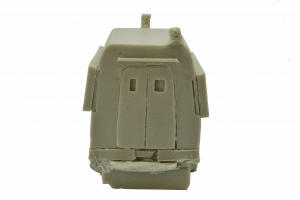 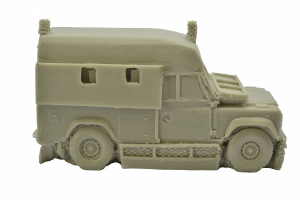 First of all, it is perhaps worth pointing out that this is a solid piece of resin, but one which requires only a little work to get it tabletop ready. All the details, like wire mesh, armoured sides and mesh ‘skirts’ are all here, actually as part of the casting. The main work would be in removing some of the extra resin left over from the casting process and smoothing out the base.

Paint wise, these vehicles were painted a battleship grey during the majority of there service but could be painted in a suitable shade of green for military use.

This is but one example of the range of civilian and military vehicles available from Urban Construct. They cater for US and UK vehicle types, plus the odd vehicle like this one or the Soviet-era gamer with their BMP-1/2. Their website is well worth a look, with not only vehicles but terrain and more on offer.