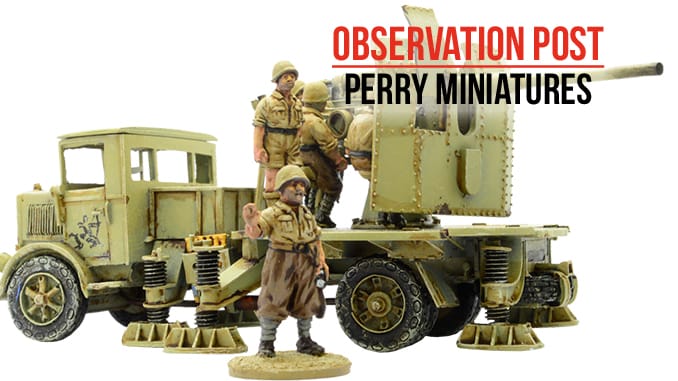 Perry Miniatures have added a 1/56th scale resin and metal kit to their World War Two range. The Italian Lancia 90/53 Gun Truck is a unique support weapon available to the Axis forces.

The Lancia 90/53 is a 90mm gun on the back of a Lancia truck. Originally designed for use as an anti-aircraft weapon, much like the German 88mm, the relatively open vistas of the Western Desert saw it used as an anti-tank gun as well. Also used in Sicily as well, it was a highly effective weapon.

This is a metal and resin kit with a fair few parts, so is recommended for more experienced modellers. Care should be taken with regard to how it should be set up so it can be used deployed, with suitable ‘stabilisers’, or ready for transport.

As this is a Perry Miniatures product, the attention to details and level of sculpting is of a high standard. Available in the next two weeks, this is a great addition to any 28mm Italian Army which offers a cool model and some hard hitting punch on the tabletop.