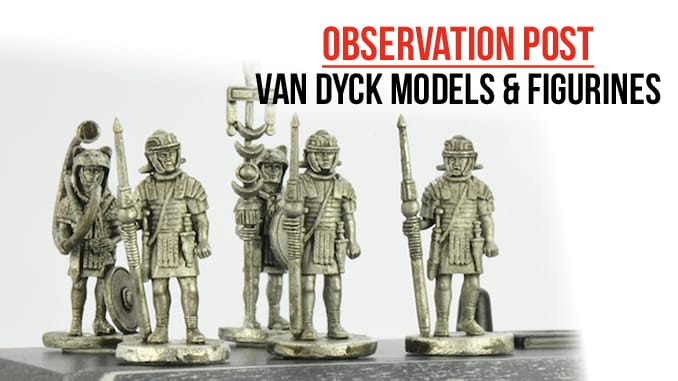 Van Dyck Models & Figurines are masters of the 10mm miniature world. Two of the most recently released packs are these Early Roman Empire Legionaries in Lorica Segmuntum and Force Publique Infantry in Early WW1 Uniform

In a sense, this is an incredibly easy review to write – just look at the pictures, zoom in if you like, and see the quality of the sculpting on offer. The sheer level of detail puts some 28mm figures to shame, and the posing and overall look of the miniatures is excellent.

Quite frankly, these are the figures that would get me into 10mm, if I didn’t have enough trouble painting 28s! They are excellently sculpted and cast, with great attention for detail for this scale. In many ways, they are as much works of art as ‘toy soldiers’.