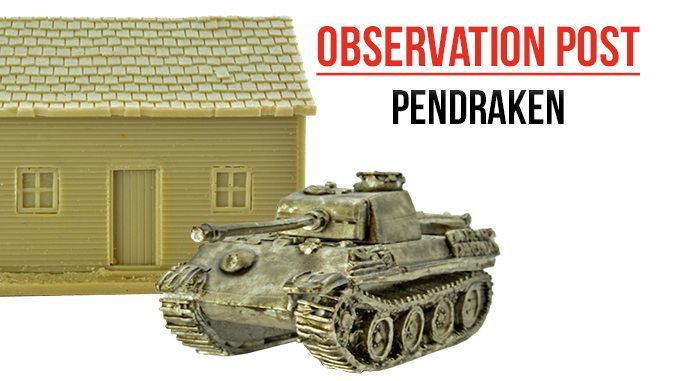 The team at Pendraken continues to expand the range of products they supply. This time around, we have three new tanks produced by three of the nations involved in World War Two and a typical American farmhouse that forms part of the ACW range.

The first tank is a German Panther G, a relatively late war version of the ‘big cat’. The model itself is well sculpted and has some nice stowage sculpted onto the model.

The next tank is an M3 Stuart ‘Honey’ sporting the early war version of the turret, again nicely done with some visible rivets!

Lastly for the tanks, we have a Soviet T26 B, used on the Russian Front and also during the Spanish Civil War.

The final item is a small clapboard farmhouse, ostensibly of a style suitable for the American Civil War but easily usable for life in the USA in general. This is a resin piece and is well cast, with recognizable details and an integral base. A useful item with which to populate your tabletop.