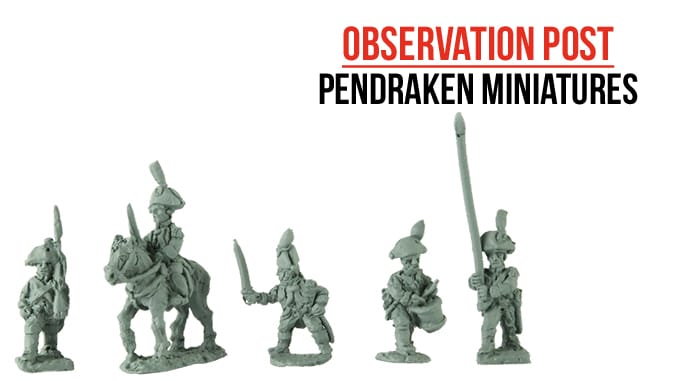 Pendraken Miniatures have added more packs to their 10mm 1809 Napoleonic range. The packs chosen for review are command packs for the period.

The Duchy of Warsaw

The Duchy of Warsaw Back

We’re reviewing three of the available packs – The Duchy of Warsaw, Wurtemburgers and Saxons. Each pack contains five figures in the same ratio, one mounted officer, one drummer, a standard bearer, officer on foot with sword and a figure at march attack.

The figures have distinctive uniform features, mostly in terms of headgear. For example, the Poles have czapska-style hats, the Wurtemburgers have their distinctive coxcombs and the Saxons have their bicornes.

These are well sculpted figures, and much care has been taken to create a sense of uniform accuracy. The joy of 10mm is that the ‘big battalions’ can be created, with the figures looking like the intended subject.