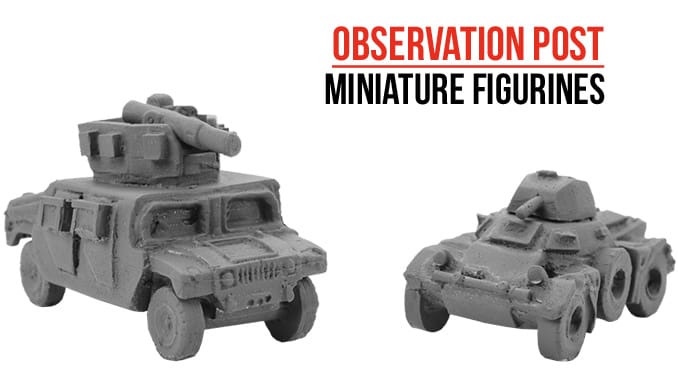 Miniature Figurines Productions once again add more metal miniatures to their 10mm ranges. This time, we have a number of British and American vehicles, covering the full gamut of history.

The first pack contains a Ferret Armoured Car, the standard reconnaissance or ‘scout’ car of the British Army for many years, which was widely exported to many armies. This comes with two choices of turret, so you can create either a Mark I or a Mark II

The second pack contains a M1151 Up-armoured HMMV with a TOW launcher in a protected position on the roof. The ‘Humvee’ served for many years with the US Armed Forces, and has also been exported to a multitude of different countries. Variants abound, both official and unofficial.

These are simply two examples from an ever-increasing range of 10mm vehicles. By choosing such generic vehicles, the range is useful for a wide variety of nations and the variants available are well thought out. Encompassing the Post-WW2 period right up until the current day, this is an eclectic but essential range for those gaming in 10mm.