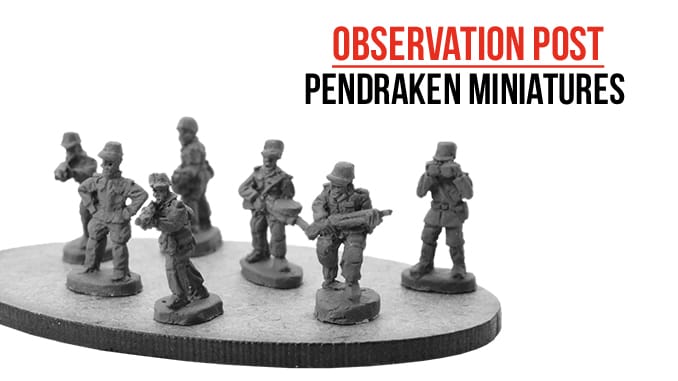 Pendraken Miniatures have released a whole host of miniatures for the Korean War of the 1950’s. They’ve decided to ‘go large’ on the number of packs, providing all you need to get started in replicating the battles in 10mm.

There are 128 packs in the initial release, which cover infantry, command and support weapons such as heavy machine guns and mortars.

The packs we’ve chosen to focus upon are from the North and South Korean armies, plus the United States forces fighting as part of the United Nations mission. There are also British and Commonwealth and Chinese troops available.

There are packs of figures for the summer and winter periods of the war, in suitable attire to cope with the extremes of temperature. The same poses and weaponry in each pack is basically duplicated, even down to artillery crews and command.

All of the sculpts are of a good quality, easily recognizable with their uniforms and equipment. This has been achieved without the use of exaggeration or caricature, with the figures being suitably scaled.

The company also offers 9 army packs that can be bought to get you started, and the company has a Modern Vehicles section where useful tanks and transport packs may be found. At the present time, there are no artillery pieces, but, at the time of writing, these are planned for future release. Pendraken Miniatures are to be commended for adding this largely forgotten war to the Post-WW2 ranges they offer, and I look forward to seeing more in the future.