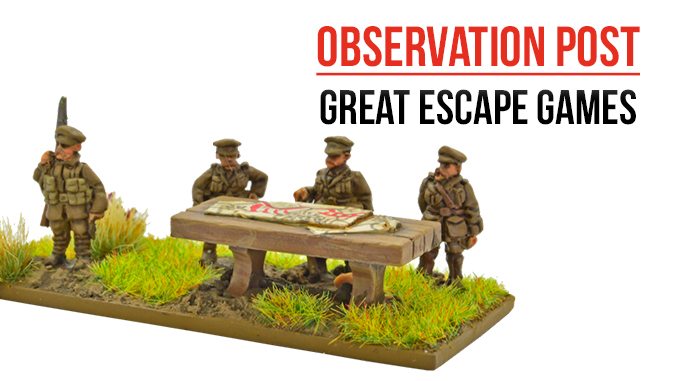 Great Escape Games are known for many great products, all using 28mm sized miniatures. It’s therefore a bit of a departure for them to create a range of 10mm miniatures to complement their forthcoming rules for the early part of World War One, entitled 1914.

There are many packs in the current range, focused upon the British, French, Belgian and German armies. All are depicted in the uniforms and equipment of the early part of the war, prior to the period of relentless trench warfare, when battles were much more mobile affairs.

Perhaps one of the best things about this range is that it arrives ‘fully formed’: It includes infantry, artillery and cavalry for all nations, allowing you to create armies quite rapidly.

The miniatures are consistently well sculpted and have a variety of suitable poses that convey the sense of ‘men at war’. The 1914 rules are intended for large formations and mass battles, so units consist of bases representing large groups of men. Yet it is important to have the option to field a variety of miniatures and to have all the options available when creating a force. The choice of scale and completeness of this particular range make these the ideal choice.