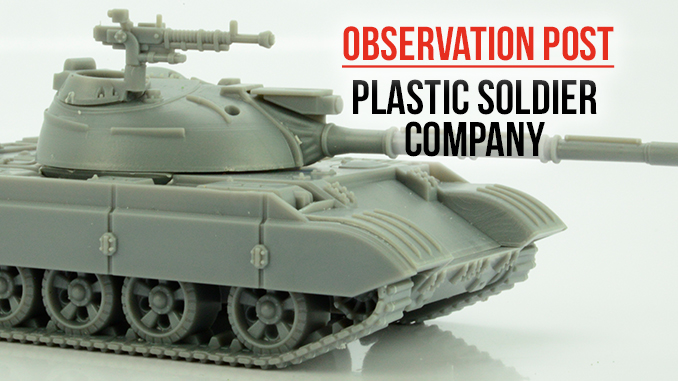 The box contains six frames, allowing for the creation of three Soviet T55 Main Battle Tanks. In addition, each pair of frames has the parts to allow the option of building a basic T55, a T55A or a T55AM2. You can therefore create either the Soviet, East German, Polish or Czech army versions of the tank, plus the T-55 was used by many other nations in the Middle East and Africa.

This kit is basically an ‘up-scaled’ version of the 1/100th version that has previously been released and is a nice, solid kit for wargames use. The only downside to this kit is the lack of assembly instructions.

PSC continues to provide great model kits which are easy to build, have optional extras, are robust enough to survive the tabletop and come in boxed sets with multiples of each model, providing value for money. Although I have 1/100 and 1/72 armies these could be added to, I’d personally love to see 1 1/56th ‘wargamer’s’ version of the same kit.