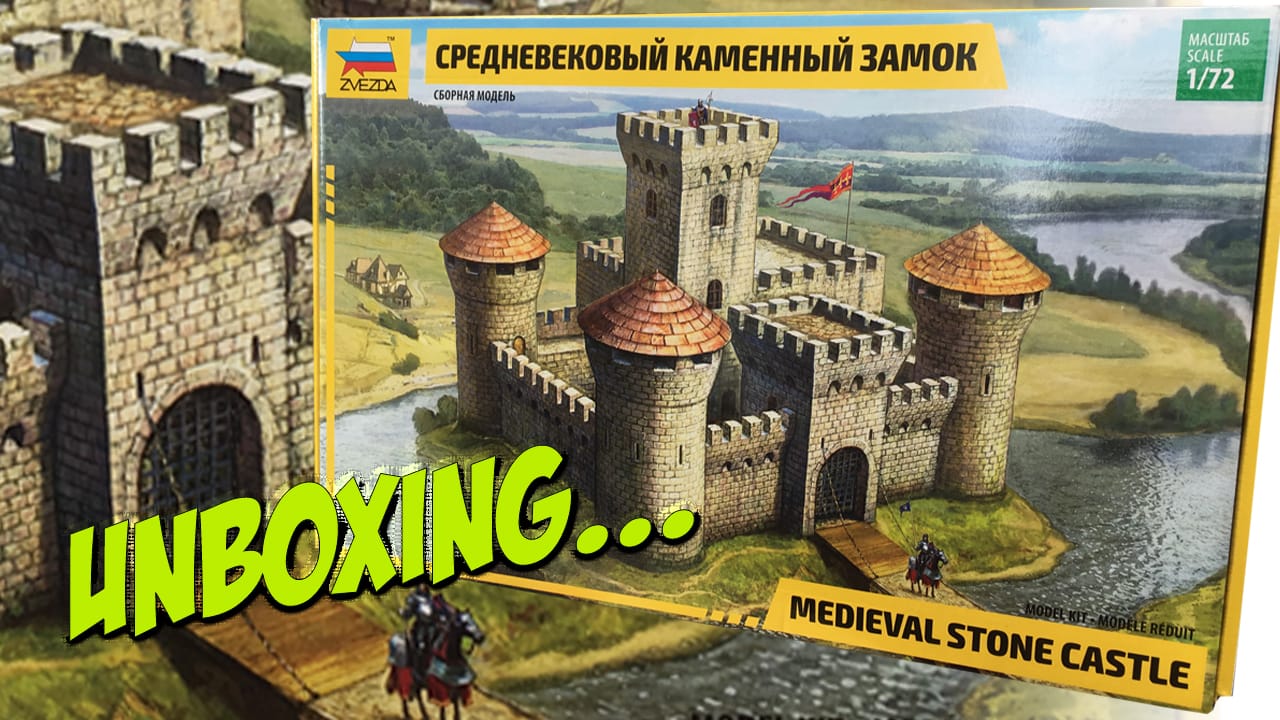 Our good friends at Hobby Co., the main distributors for Zvezda products worldwide, sent through one of the Russian companies latest releases, a Medieval Stone Castle. This would work with miniatures up to 28mm in size and offers a great deal to the wargamer.

This is a re-release of a kit which had gone OOP but was often requested by modellers and wargames enthusiasts alike. This is a classic European stone castle, suitable for use from medieval times and beyond in a number of different countries.

Opening the box is quite daunting at first. There seem to be endless frames of parts, in fact 268 in total, that seem to overflow the box. However, the actual assembly process appears quite rapid. The area with the main potential for a slowing of the process is the need to choose and pre-build the two versions of typical windows. All the parts are moulded to look like stone blocks, so the whole would only need a base coat and wash to pick out details.

The main sections of the castle are relatively easy to make, gluing and slotting together quite easily. There are 3 round towers that can be constructed, complete with crenellated tops and roofs to cover the area. A nice feature is that there are moulded on trapdoors for the top of the tower and the internal ‘floor’ which forms the bracing for the tower sections, the latter being a part you never see.

Also provided are wall sections and parts to enable the creation of a main gate and gate tower, which has a working drawbridge and portcullis. There is even a length of chain to add ‘realism’ to the drawbridge assembly. A central keep, with a square tower, adds even more to the kit, and could probably be used on its own. There is also a small courtyard area and the walls and towers have enough space to place figures upon them.

All the towers and walls work with both 20 and 28mm sized miniatures, making this a flexible kit. Smaller figures may also work but miniatures beyond 32mm may look out of place. This is a useful kit for the tabletop, measuring 35.5 x 22 x 32 (Height) in centimeters overall. It would make a general gaming piece, particularly if as many of the main parts remained unglued as possible. However, it is probably at its best as a central piece as part of a gaming board or similar.