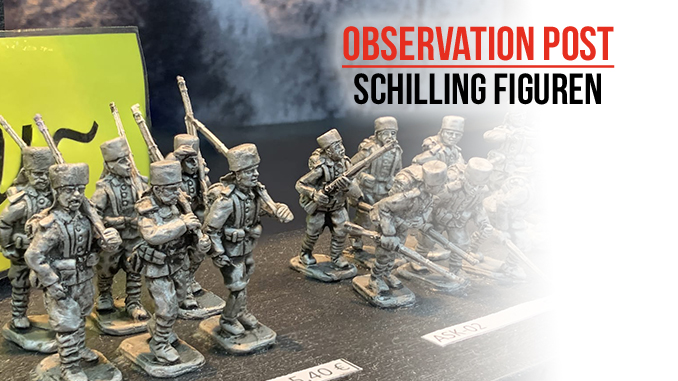 We caught up with Schilling Figuren at this year’s Hamburger Tactica show. ‘Neu’ figures from this German manufacturer, known for the quality design of its miniatures, included these Askaris in their 1/72 scale line. They come in packs of six for 5.40 euros and would be suitable for several mid-19th Century conflicts.

The new ‘green’ which Schilling’s, Jörg Schilling pulled out from behind the counter showed that there was more Askaris (machine gun team) and colonial Germans on the way.