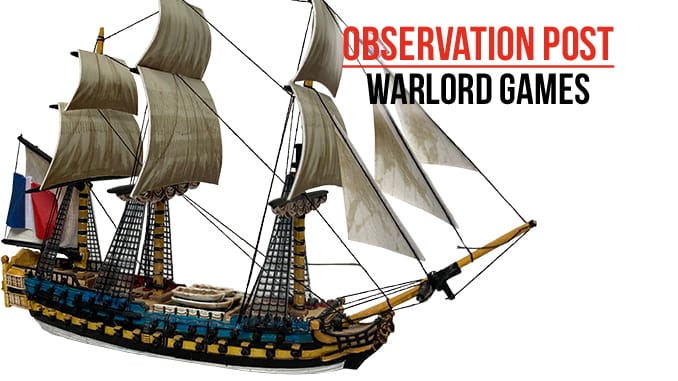 The new frame consists of enough parts to create one 3rd Rate vessel, a 74-gun ship with three decks of cannon, complete with some positioned on the poop deck. This is a generic ship but comes with a choice of 3 different stern pieces and 4 alternate figureheads to add variety. This is a three master, depicted with furled sails.

In order to add some sense of national identity, simply add the national flag of either Britain, France or Spain. The basic box of 3rd Rate ships will consist of three of these frames, and the option to add specially printed paper sails.

The plan is to make available suitable metal sterns and figureheads with names on to create a named ship from history. These are simply added to the plastic kits to create the desired vessel, allowing the gamer to put together a varied fleet.

Future releases will include a Fleet box for each of the three nations already mentioned.  Each box will consist of enough plastic frames to create three named 3-raters, three generic frigates and three brigs.  A ‘flagship’ 1st-rater, made from metal and resin, will also be in each fleet box, themed for either Britain, France and Spain, which may again be adapted through the use of national flags.