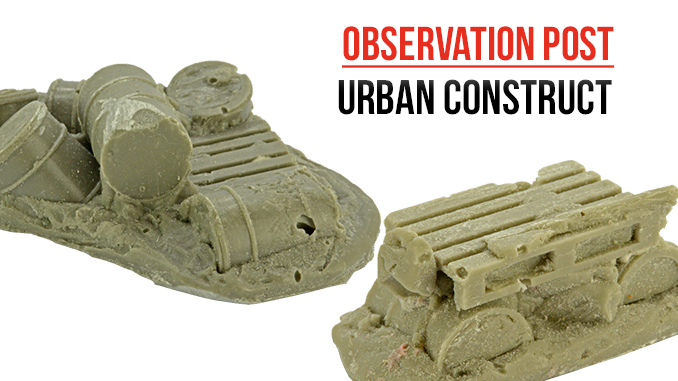 Urban Construct produces a whole host of resin terrain, from the city blocks of the future mega cities through to modern vehicles and the remnants of a collapsed world. One of their many ‘Combi Packs’ consists of 10 pieces of ‘Junk’ that could make its way into a number of scenarios.

These are one-piece resin castings and consist of piles of tyres, oil drums, abandoned rafts, duckboards and cargo boxes, all partially buried in mud and sludge.

Pieces like this are perfect for games that need a lot of scatter or cover. They are also a little different to the norm, in terms of the rafts and the fact that some could be used as bases.

This is an example of just one of the packs from Urban Construct. They produce so many useful items, including some that have yet to make it to the website, that it is worth getting in touch directly. Inexpensive but very useful, there is bound to be something you fancy.