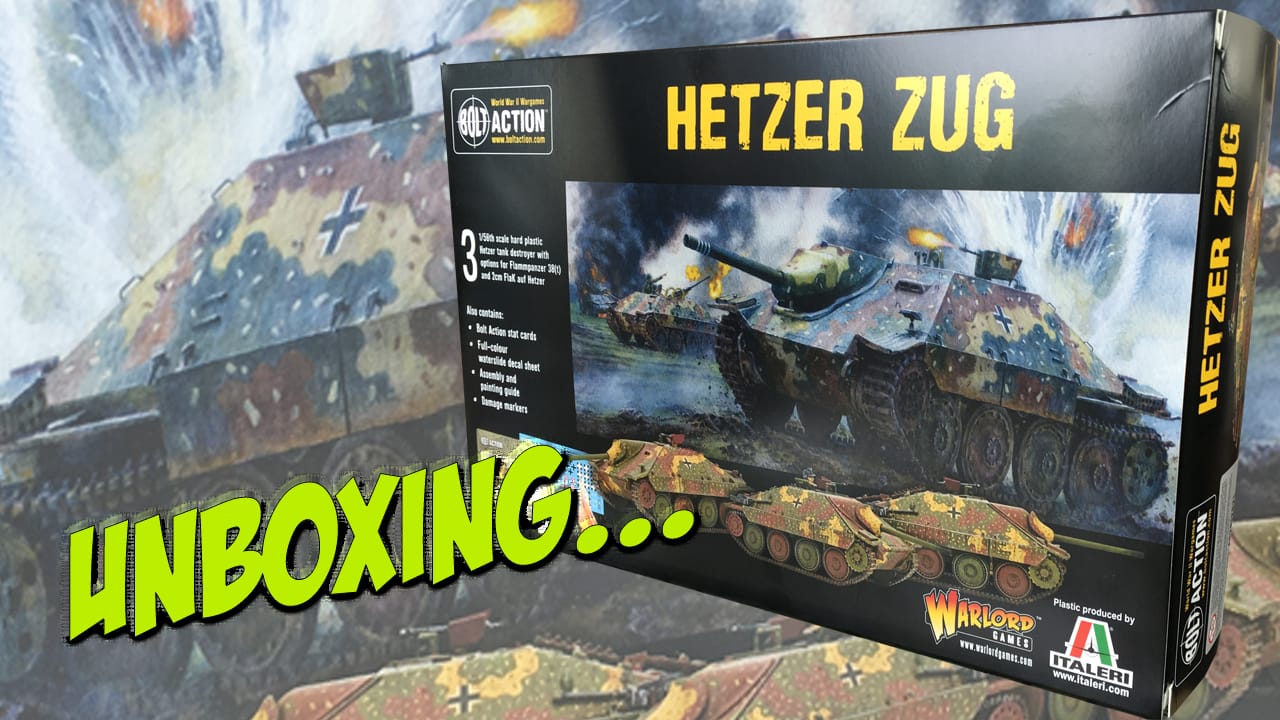 Warlord Games have once again partnered with Italeri to produce a plastic kit of the Jagdpanzer 38(t) Hetzer tank destroyer.

Based upon the infinitely adaptable Czech Panzer 38t chassis, the Hetzer served with German and some Hungarian army forces from 1944 onwards. Its low silhouette made it hard to spot on the battlefield and its 75mm main armament and remote controlled roof machine gun gave it some serious firepower.

As is common with Warlord, this first release comes in the form of a Zug, a tank platoon in the Bolt Action and Tank War style. There are three frames to each kit, with options to produce either a late war production Hetzer, a flamethrower version or a reconnaissance / anti-aircraft version. All weaponry and the alternate open-topped hull are included.

The kit itself is fairly simple to assemble, although there are a few small parts. The level of detail is good for what is designed to be a wargaming piece and comes with a ‘head and shoulders’ German tank commander. The wheel and track assembly could be a little difficult with the small wheels but should be fine with a little work.

As with the current crop of plastic vehicle releases from Warlord, this is a kit with enough detail to satisfy the model maker. However, the kits are simple enough for the wargamer to quickly add them to their painting queue and get them ready for tabletop use.