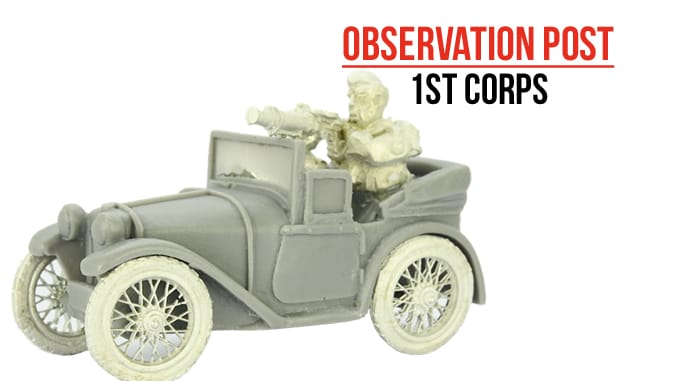 1st Corps in the UK continue to release yet another slice of 20th Century Follies with the Home Guard Austin 7.

This model has two Home Guard in their sidecaps and denims for a crew. One drives the car, whilst the other leans forward from the rear of the vehicle and takes aim with a Lewi Gun. The Austin 7 itself is a resin cast body, with four spoked tyres in metal. The level of detail is more than suitable for a wargames piece, and the model is instantly recognisable.

Usable for ‘what if’ resistance to invaders in World War Two or as a support vehicle in a 1930s / 40s British Civil War, this is the latest in a series of great sculpts from Mark Fuller, who has managed to carve a real niche for his approach to his creations.