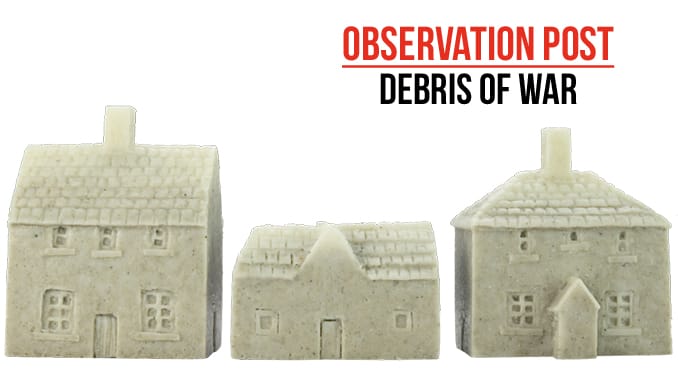 Debris of War have some interesting items in their resin cast 1/300th scale Coastal Features range which could be of use for those gaming using Cruel Seas or similar rules systems.  We have a fairly generic Lighthouse Set and an Atlantic Wall Observation Tower.

The Atlantic Wall Observation Tower is also cast in resin.  Based upon the types of reinforced concrete bunkers found all along the coast of France in 1944, this could be the perfect place to observe the beginning of the longest day. In terms of dimensions, the piece is approximately 50mm x 30mm x 56mm high.

These products are cleanly cast in durable resin, and seem like they would take a layer of paint very well. They are perfect for adding some additional ‘dressing’ to a game based on costal actions during WW2, or possibly for other periods. Debris of War have a whole variety of products in this scale and range which are well worth checking out.